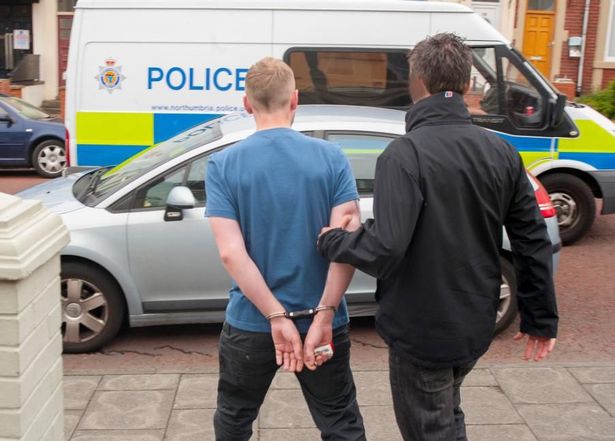 The first thing I would point out is that the tag line of this post is not specifically directed at suspects or defendants. In other words, no one has a general legal obligation to speak to police.

It means only this: you don’t have to.

Generally, police officers have authority to approach and speak with anyone. The case law defines that type of police-citizen encounter as a “consensual encounter.” As an initial matter, in my opinion, the very nomenclature used to categorize and describe these encounters is ridiculous and verging on science fiction.

Most police officers wear badges and carry guns and drive around in souped-up prowl cars. Today, law enforcement agents more often resemble paramilitary troops than the ‘Protect and Serve’ law-dogs of yore. Whether that type of intimidating presence in today’s society is a necessary evil is beyond the scope of this post. Nevertheless, what cannot be rationally argued is the notion that most regular citizens would feel legally empowered to rebuff an officer’s attempted “consensual encounter” and proceed on their merry way.

In most cases, citizens stop and speak to the police because they believe they have to.

Unfortunately, in my experience a citizen’s attempt to exercise their right to simply walk away is often not respected by police. Indeed, the attempt is too-often interpreted as an indication of criminality. Ultimately, the lesson here is that ignoring them is a good way to get yourself arrested.

So, don’t make the false assumption that your attempt to exercise your right to mind your own business will be received by police with open arms. In most cases it probably won’t be. So, admittedly, the information I have provided here begs the question: why would a person who hasn’t done anything wrong refuse to speak with police?

Police have a distinct advantage over you. They don’t have to tell you the truth. An officer could approach you with questions. The officer could insist you’re not suspected of any wrongdoing. The officer could be lying through his or her teeth. And, that conduct would be seen as perfectly acceptable police behavior.

It is for that reason I cannot imagine voluntarily answering any question asked by a member of law enforcement. I don’t have a lack of civic respect. I do not lack patriotism. Quite simply, I don’t know what they’re up to. I don’t know who or what they suspect and why it occurred to them to come and ask me.

If approached on the street by an officer with questions, my only response would be to ask whether I was free to leave. If the officer said yes, I would. If the officer said no, I would at least know more than I did (which is that they believe they have “reasonable suspicion” to detain you). And, to be clear, if an officer says you’re not free to leave, you really aren’t. Your constitutional right to walk away disappears the moment police believe they have reasonable suspicion to detain you.

So, don’t run from them. But, the fact that they believe they have “reasonable suspicion” to detain you does not make it so. Your job at this point is simply to not help them.

In other words, once detained, the safest course of action is to exercise another of your protected rights: your right to remain silent.